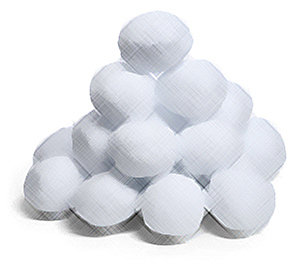 Other than my grandfather and my grandmother on my mother’s side who died when I was only 2 ½ years old, I knew only my mother’s immediate family. My great grandfather Jakob died in 1939, as did Maja-Lisa, his wife. Many times, years ago, if one spouse died, the other followed closely after. My grandfather and my grandmother lived in a yellow, two-story house. In June of 2000, when Judy and I traveled to Finland to visit my mother, we went to see my grandfather’s old house. It was still standing, and it was still yellow. I’m sure it had been repainted, but it was a surprise to see it the same color I remembered it to be…

Grandfather was a tailor and had his shop on the second floor. He had a wood burning stove in his shop and I remember it always being hot in there. He was just a typical tailor and I remember him sitting on his work table with his legs crossed, stitching on a suit. The wood burning stove was lit and there were a couple old irons heating up on it. Along one wall there was a rack of clothes hanging he had finished and on another some yet to be done. I would play on the floor with the empty thread spools.

Grandmother would be downstairs, and the smell of fresh, baked bread wafted up the stairs and tempted our nostrils. I only have vague memories of grandmother. It’s as if I only see her face and nothing else. There were a couple apple trees in the front yard that always had delicious red apples hanging from them. On the way home I would always snatch one and have myself a delicious sweet treat.

Grandfather had an old barn in his yard that I loved to explore. He kept all sorts of old things in there and there was never a shortage of things to rummage through. Unfortunately, most all of it got discarded when he passed away. I wonder what was left from his earlier years. Too bad so many memories were disposed of.

I remember one cold winter day playing in our yard. Come to think of it, all our winter days were cold, we just didn’t realize it. I was making snowballs and trying to throw them over the barn roof. I would throw one and it would land short and roll back into the yard. I would make another and it would hit the barn wall. Another one almost made it over. I made another and threw it as hard as I could. It sailed up, and to my surprise went clear over the roof. Behind the barn was the road to grandfather’s house. As I bent down to pick up some more snow to make another snowball, I saw grandpa coming into the yard. Out of the corner of my eye I could see that there was something funny about his hat. It leaned crazily over to the left, and on the right side there was a dent in his black hat, and in that dent there were the remnants of a snowball. By the time grandpa took his hat off, slapped it against his right leg, rubbed his head and put it back on, I was already hiding in the barn. Whatever happened after that I don’t remember, it must be one of those memories you block out of your mind…seems I vaguely remember something about my back end stinging. 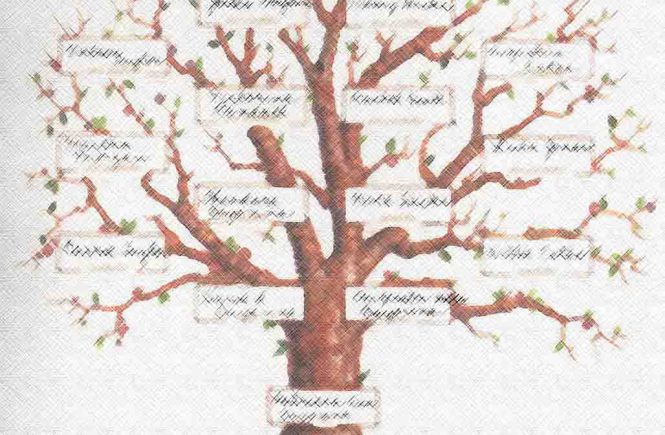 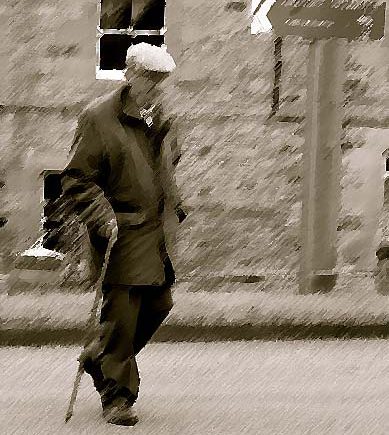 The Frailty of Growing Old